Technical analysis is a technique traders use to evaluate past price data to predict future price movements. While traders can use many different technical indicators, some of the most popular include moving averages, Fibonacci retracements, and support and resistance levels.

When applying technical analysis to the FX market, it is vital to remember that currency pairs move in long-term trends. As such, traders should look for technical indicators that can identify these trends and help them make trade decisions accordingly.

One of FX traders’ most popular technical indicators is the moving average. It’s simply a line plotted on a chart that shows the average price of a currency pair over a certain period.

There are many different moving averages, but the most commonly used ones in FX trading are the simple moving average (SMA) and the exponential moving average (EMA). SMAs are calculated by taking the sum of all prices over a specified period and then dividing that number by the total number of prices in that same period. On the other hand, EMAs place more weight on recent data points, making them more responsive to price changes.

Another popular technical indicator used by FX traders is Fibonacci retracements. Fibonacci ratios are often used in technical analysis to identify support and resistance levels and potential turning points in the market.

The Fibonacci retracement procedure starts at the high of a recent price movement and then divides that line into sections based on the Fibonacci ratios of 23.6%, 38.2%, and 61.8% (38.2 percent, 61.8 percent). These levels may be used as possible resistance and support levels.

Another technical indicator that FX traders commonly use is Bollinger Bands. Bollinger Bands are a type of statistical tool that is used to measure volatility in the market.

You can use Bollinger Bands to identify potential trade opportunities. When prices move outside of the Bollinger Bands, it is often seen as an indication that prices will move back towards the middle of the band.

The Moving Average Convergence Divergence (MACD) is a frequently utilized technical indicator FX traders use. The MACD is a momentum indicator that consists of two lines: the MACD line and the signal line.

If you are interested in technical analysis, read more here. 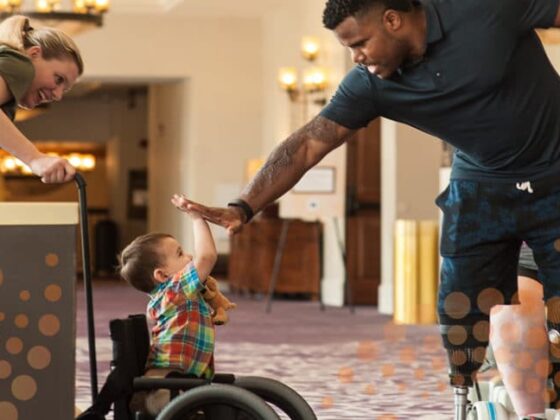 What Can Be Done For a Child Who Loses a Limb?

8 Proven Ways to Market Yourself as a Real Estate Agent